NCUI Boardroom hosted scores of unusual guests on Tuesday – agriprenuers talking of modern ways of doing agri business. The programme was launched at the initiative of a private agri company eager to boost its business by luring people to undertake what is known as “Professional Agri Tour to Israel”.

The joint association of India’s apex cooperative body NCUI and Embassy of Israel in the programme, however, lent the proceedings some credence. Barak Granot, Head of Trade at the Embassy of Israel, New Delhi urged participants to become a part of the tour to be organized on the occasion of Silver Jubilee anniversary of Indo Israel collaboration. 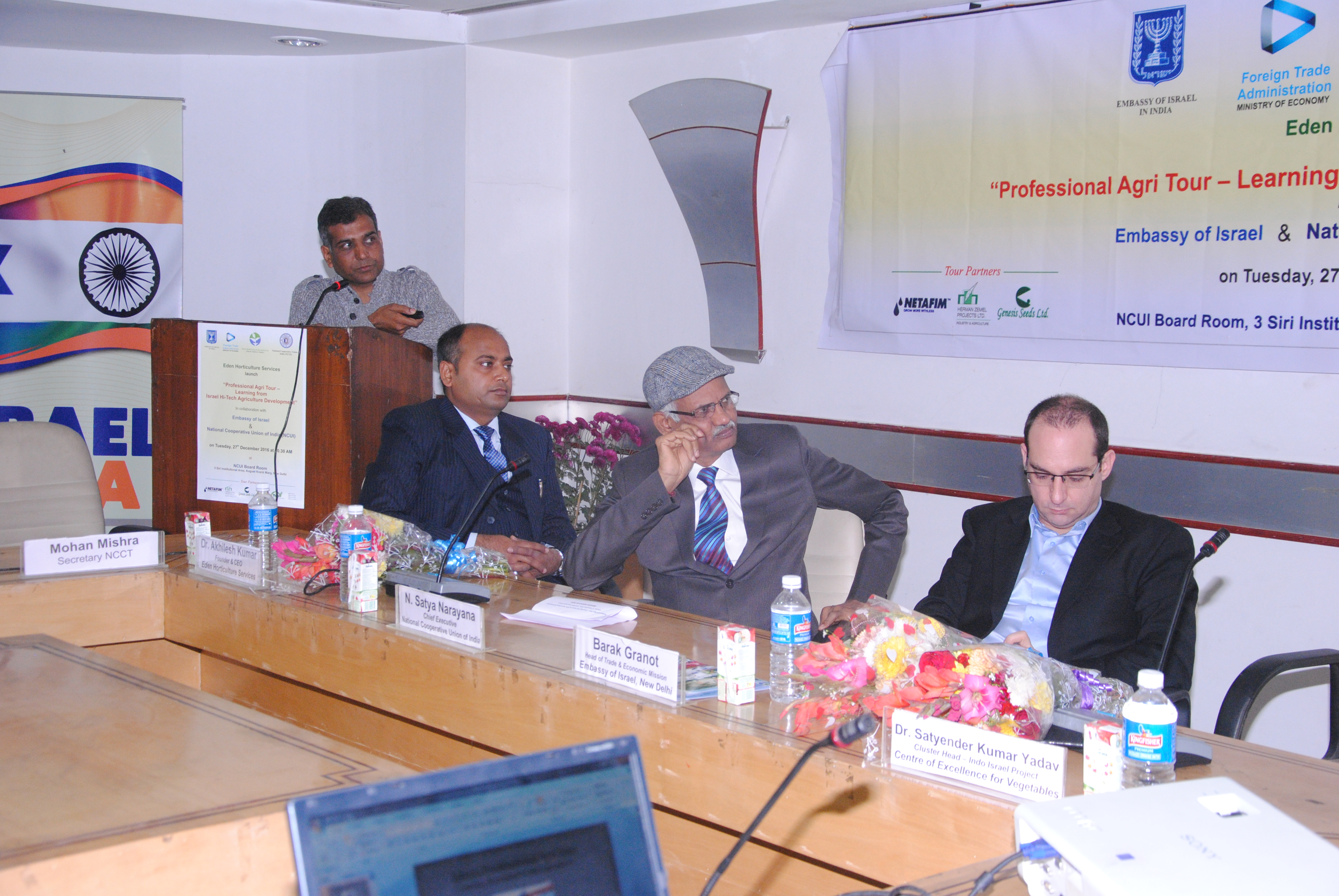 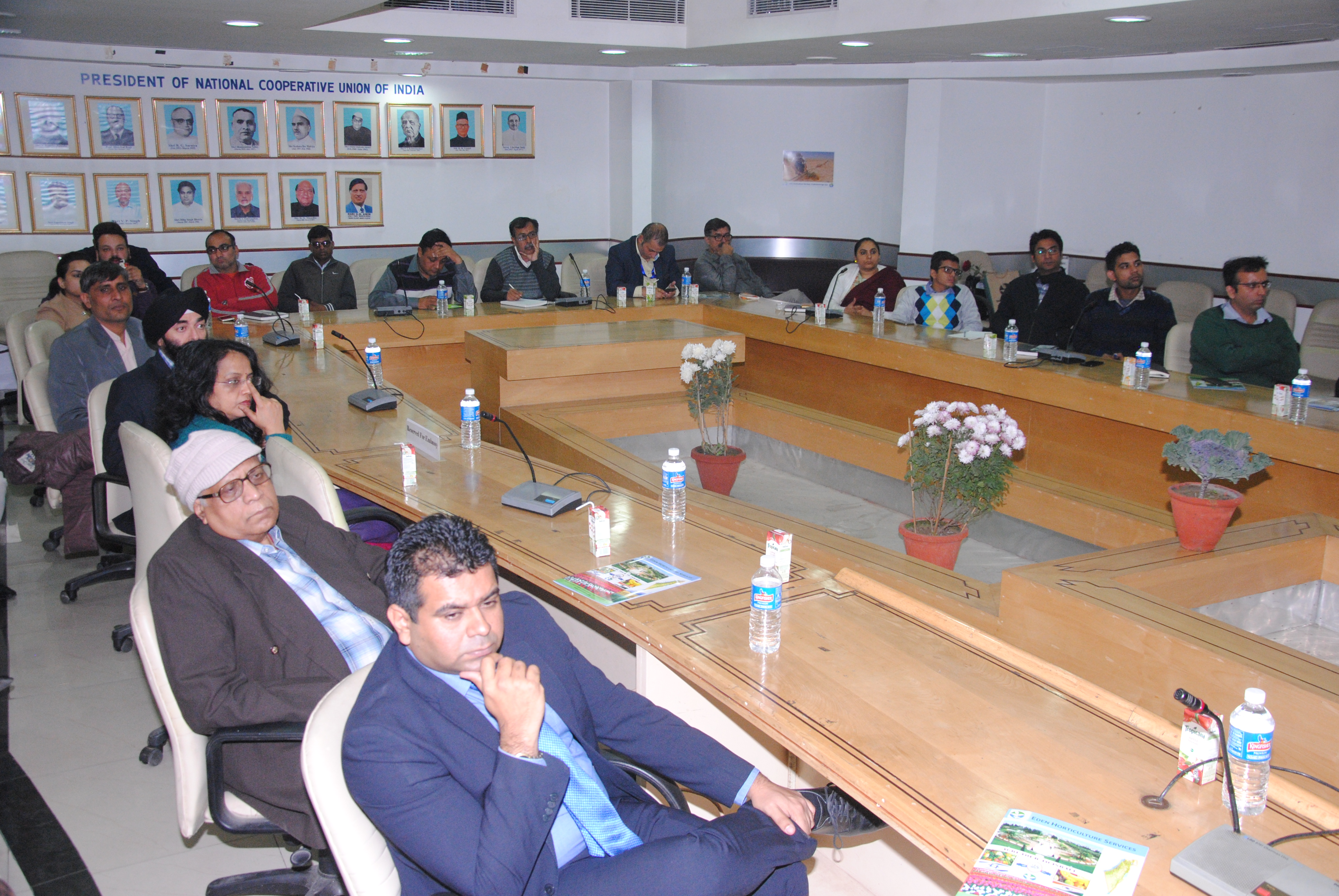 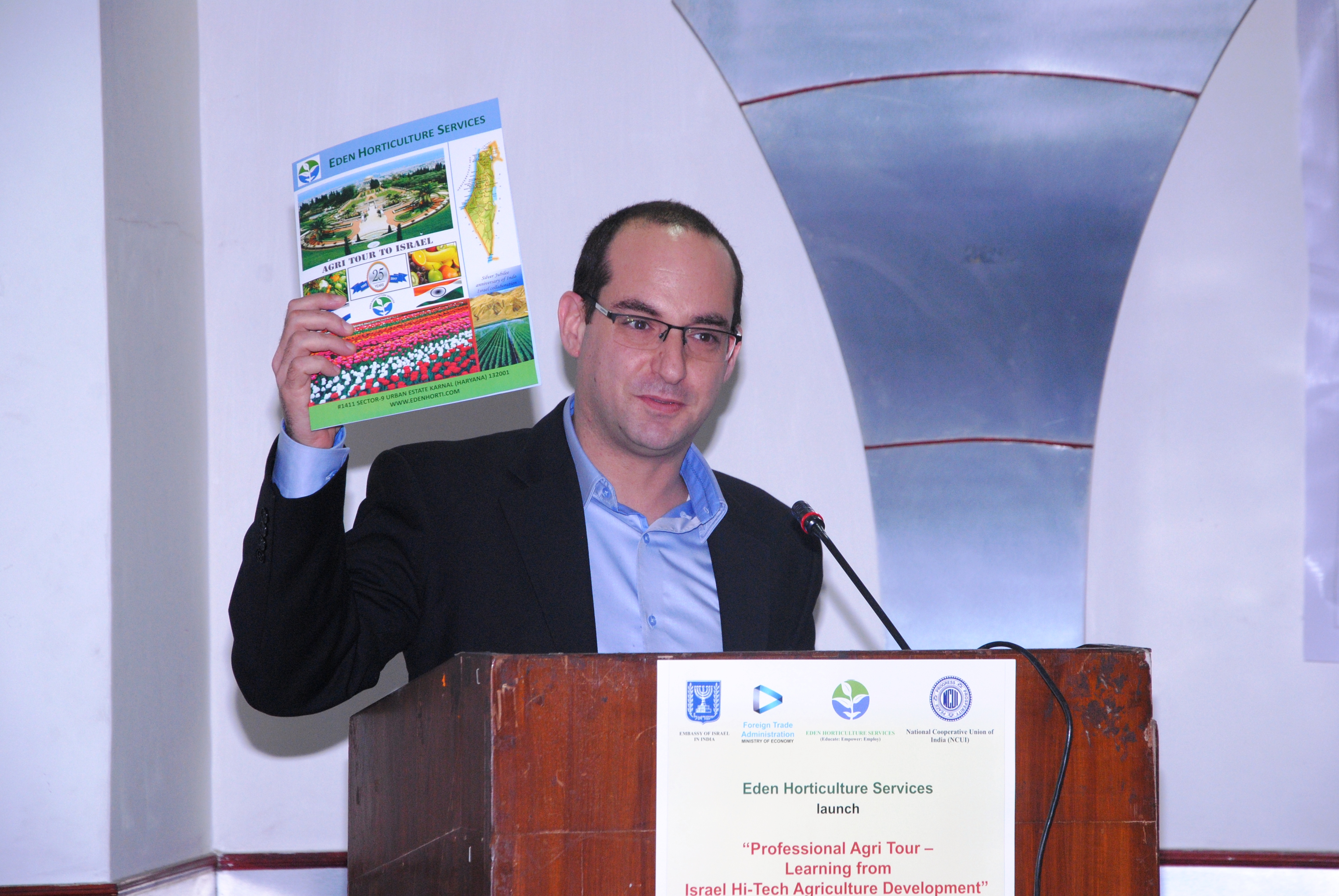 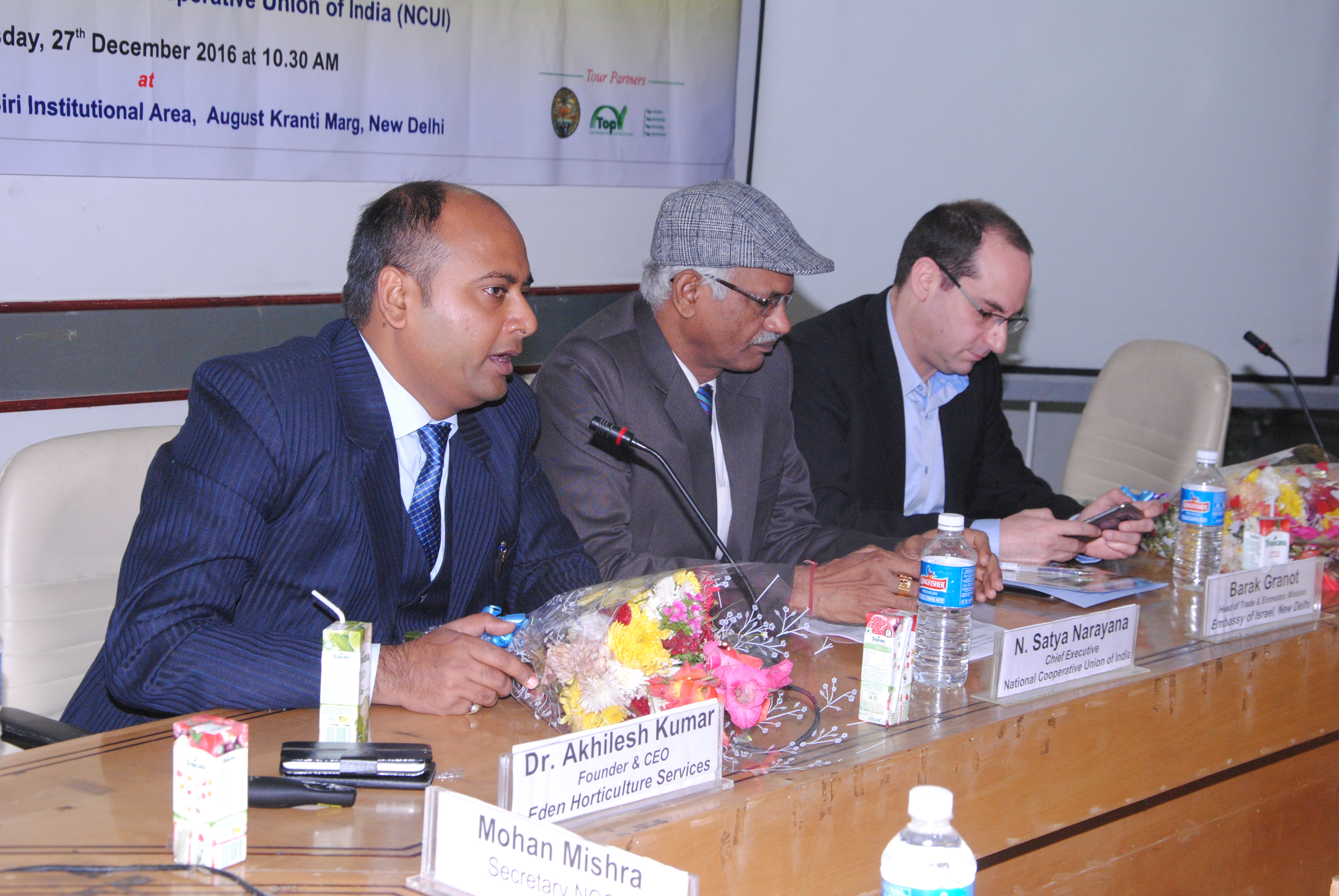 Several participants associated with start-up companies and agri businesses put their ideas on the table.

NCUI Chief Executive N Satyanaryan talked about the country’s cooperative movement that claimed 8 lakh cooperative societies with more than 40 crore people on board. He said Indian agriculture cooperatives are playing an important role in doubling the income of farmers and the India govt. has made an NABARD for giving credit to farmers at lower interest rates.

Satyanarayan cautioned against farming becoming a challenge in the coming days. The challenge, he said, could be tackled only through adopting the latest technology.

Dr. Akhilesh Kumar CEO of Eden Horticulture Services-the main host spoke at length. He said “I spent my four years in Israel under an expert (Shumel Katz) who has given his consultancy services to several Indian states like Haryana, Himachal Pradesh, Rajasthan, Uttar Pradesh, and Mizoram.

”When I was back to India, I had a vision to promote precise agriculture to increase per capita yield so that we can address our country’s food security problem. I established a venture in 2016 at Karnal with the aim to provide required knowledge to our clients to familiarize them with the unique Israeli business ecosystem,” he narrated.

IFFCO, DGM, Tarun Bhargava enlightened the delegation on the fertilizer cooperative and said IFFCO is the largest cooperative in India having ventures across the world. He further said ” we are giving relevant information and advice about farming and allied activities to the farmers of the country with the help of IFFCO Kisan Sanchar Limited”.

Besides representatives from KRIBHCO, NAFED, several officials from IFFCO and NCUI were present on the occasion. Ritesh Dey, the coordinator of the programme from the NCUI said the invitations were sent only to stake-holders.